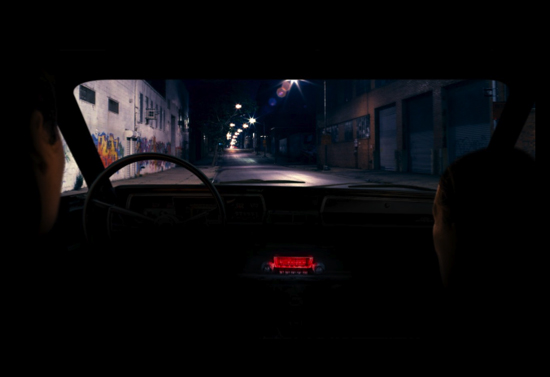 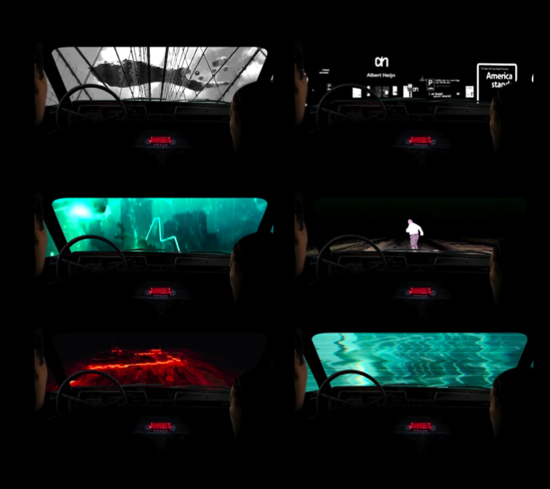 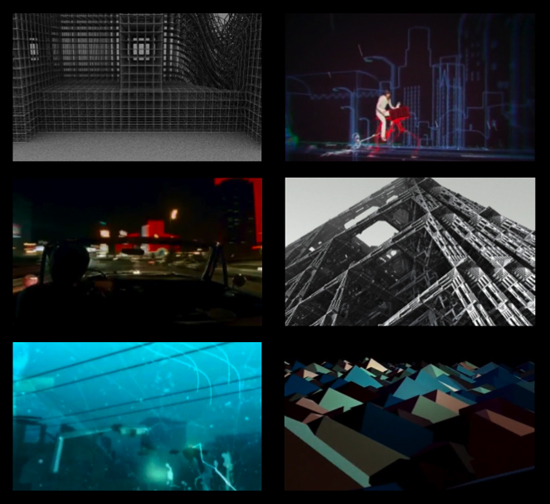 The proposal for “Drive” is based on a theme integral to Interpol’s music: the exploration of a secret world hidden from outsiders. This world is created in the minds of fans when they listen to the music and watch the live show. For the Creators Project, we want to make this world real and allow viewers to explore it. In many ways, Interpol’s music is inseparable from a mythical New York. The songs immediately transport the listener to Lower Manhattan late at night, and many of their themes – lust, ethical quandaries, uncomfortable desires – are reflections of the city itself.

We propose to create an installation that will locate Interpol’s music firmly in its natural environment, a stylized and sometimes unsettling version of NYC, and create a piece of the city that can be taken around the world.

Inside the gallery, viewers see a beautiful black car. It seems to be simultaneously from the future and the past. Urban field recordings from the host city play. For instance, when the exhibition is in Beijing, we’ll pipe in sounds from Dongmin Dadje, and in Paris viewers will hear sounds of the French Quarter. At the same time, street scenes from those cities are projected onto the car from above, creating the illusion that it’s moving through that location.

An impeccably dressed chauffeur in black suit and white gloves stands outside, wordlessly opens the door, and ritualistically motions for participants to enter. Alternately, we could feature one of the female characters from the “Lights” video. The other could be inside playing the driver, creating a tense situation where participants are forced to ride with a stranger.

The interior of the car is dark, except for the tuning knob on the radio, which is ringed in red light. It’s in between stations and a low static hiss fills the vehicle. As viewers adjust the tuner, one of your songs begins to play and the windshields and windows of the car come alive. They have been replaced with thin screens to create a 360-degree video experience. The viewers are suddenly transported from the host city to Lower Manhattan late at night. They are driven through the dark streets. However, something is strange – the skyline is pixelated and begins to decay and blow away.

Adjusting the tuning knob switches to a different song and corresponding video. The videos are all similar in that they traverse the same route through NYC, but elements are different in each. Because viewers can switch between songs and videos in real time, the juxtapositions are unexpected and engaging. In one, the city is abandoned and underwater. Faint starlight filters in from above. In another, the car is driving through a crowd of rioters who pound on the windows and press their faces up against the glass. The drive is always the same, but as the viewers adjust the radio, they adjust reality with it, mimicking the way music alters our moods and perceptions.

The result will be an intimate and completely immersive experience that transports viewers around the world to the imagined New York of Interpol’s music.