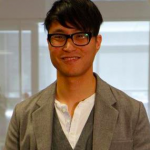 Leveraging a diverse background in the visual arts, engineering, writing, and filmmaking, Jerome Austria has firmly established himself as a pioneer in brand and creative innovation. He is currently the Executive Creative Director – International at Uber. He previously served as Executive Creative Director at Deutsch LA and Wieden+Kennedy NY working on some of the world’s most recognizable brands such as Coca-Cola, Nike, Volkswagen, and ESPN. Jerome has collected over fifty international awards from some of the most prestigious competitions and has also been named one of fifty winners of the coveted ADC Young Guns 6 award, honoring the world’s next generation of extraordinary creative talent in visual media and design. He has also been featured in a fashion editorial as one of Forbes Magazine’s Mad Men of 2012 and made Business Insider’s 25 Most Creative People in Advertising.

His career has many milestones including working on the pitch team that brought the Nike Digital Agency of Record business to R/GA, helping jump-start the newest AKQA office in NY with award-winning work for Coca-Cola, and spending three years building a 20+ interactive team from scratch at Wieden+Kennedy NY and then eventually running the agency as co-executive creative director in 2010. In 2012, he worked on the multi-award winning Superbowl teaser “The Bark Side” for Volkswagen at Deutsch LA, which surpassed over 18 million views online. In 2016, Jerome leapt over to the brand side, helping Airbnb launch Trips and then working with Uber to help architect a brand turnaround on a global scale.