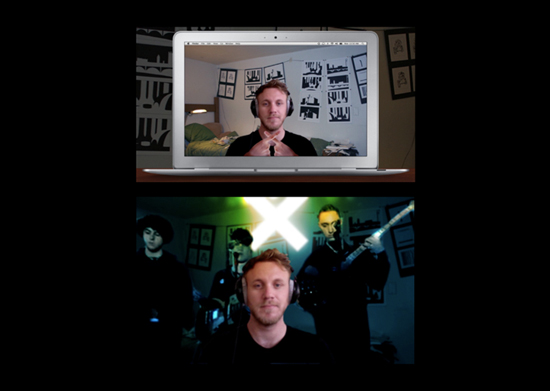 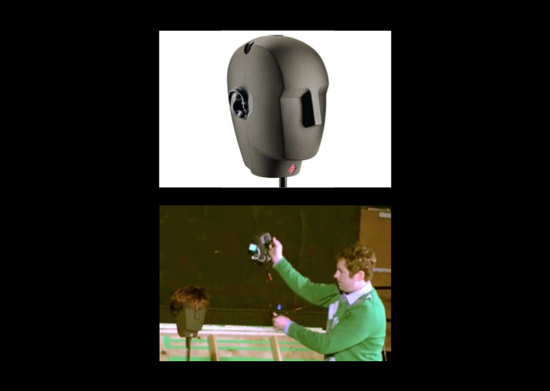 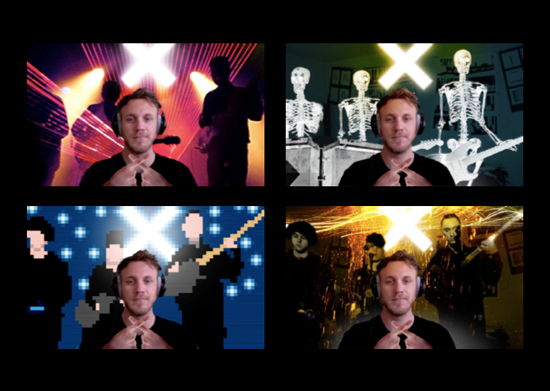 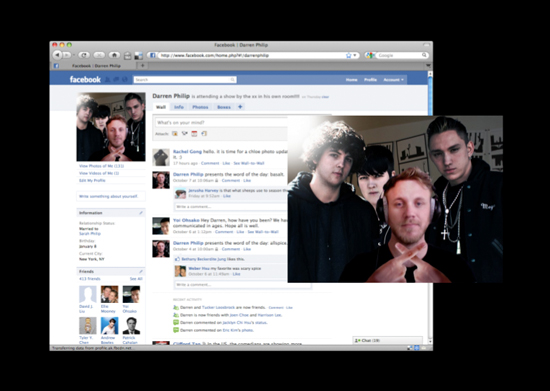 To deepen the personal relationship existing fans already have with the record, and introduce new fans to the XX in an incredibly intimate way, we created an experience that allows the band to play a private concert in every fan’s home around the world.

When fans arrive at the website, they’re prompted to turn on their webcams. So far, everything seems normal – as they stare at their screens, they see themselves staring back.

To trigger the experience, we ask them to cross their index fingers to make an X (the shape is registered by pattern recognition software). This physical interaction brings the video to life. As the fan watches him- or herself on webcam, the lights darken, elements of your stage show move in, and the entire band appears out of the shadows and begin to play – directly behind him or her.

Using 3D sound to deepen the intimacy of the experience, the fan will feel like the XX is playing just over his or her shoulder. Using a special microphone, we can mix the song so that every note and sound is precisely located in 3D space. As Oliver and Romy sing, their vocals will seem to come from their exact location on either side of the viewer. We can also add in creaks in the floor and the sound of instruments being plugged in to heighten the feeling of a real live show.

While the band performs the song, fans can trigger special effects by crossing their fingers into an X again. Every few seconds, the effect changes: a laser light show, X-ray vision, the three of you transformed into 8-bit animation, a shower of sparks from the giant glowing X, etc. Again, all of these stage effects will feel as though they’re actually happening behind the fan by the use of 3D sound.

At the end of the song, all the band members crowd around the fan and a photo is taken which he or she can post and share on Facebook as a memento of the experience.